Professor Lynn found a positive correlation between the breast size of waitresses (n = 432) and the size of their tips (both were self-reported measures). He did not split the tipping data by sex of the patrons. One might expect that the "breast effect" might enhance tips for male patrons whereas female patrons might "punish" shapely waitresses (intra-sexual rivalry). The existing data did not allow for a more refined set of analyses to test such possibilities. Also, Lynn notes that he might have expected a quadratic relationship between breast size and size of tips, namely, breasts that are too small or too big would result in lower tips than medium sized breasts. However, his data suggests that bigger is always better...at least when it comes to tipping behavior!

Determinants and Consequences of Female Attractiveness and Sexiness: Realistic Tests with Restaurant Waitresses


Released last Friday, Playboy’s 2010 Top 10 Party Schools list dubbed UCSB the eighth wildest campus in the country. With plenty of beach access, a socially active student body and the healthy party scene in Isla Vista, UCSB made it back onto the list after several years of being excluded. UCSB was last ranked in the top 10 in 2006, when Playboy put the university at number two.

According to Playboy’s junior publicist Steve Mazeika, a thriving social presence, location, atmosphere, nightlife and even academics were taken into account for the formulation of their rankings.

“We consider a lot of different things,” Mazeika said. “Basically, we’re looking for a place that someone who wants to live the Playboy lifestyle would want to go to school. It has to be the full package.”

Additionally, Mazeika said in order to represent an accurate general opinion, Playboy’s editors base their rankings on a variety of sources, including responses from online voters, student readers and campus representatives.

This year, the University of Texas at Austin took the title as the top party school in the country.

Though many are glad to see UCSB back in action on the list, not everyone is thrilled about the “Playboy lifestyle” UCSB supposedly caters to.

Vice Chancellor Michael Young said many negative connotations come with being ranked one of the nation’s top party schools, and this ranking may drive away qualified students who feel they would be better suited at a more disciplined university.

“Despite records to the contrary, people want to continue to say we’re a party school, even with the presence of five Nobel Prize winners and outstanding academics,” Young said. “But our statistics will speak for themselves, and students need to remember that this list distracts people from what is important.”

Clayton Carlson, Associated Students external vice president of local affairs, said now is not the time for UCSB to be getting more risqué publicity.

“This list ties back to events like Floatopia — the publicity around Floatopia was not good,” Carlson said. “And it seems like bad stereotypes of our school just keep getting perpetuated. Playboy has the power to affect so many people and I think that this list may push possible candidates for the school away. ”

Jake Wiskel, a second-year business-economics major, said it’s all about finding a balance between the crazy I.V. parties and the prestigious academics that make the school what it is.

“People party pretty fucking hard at UCSB so it’s not surprising that we’re on the list,” Wiskel said. “But the partying isn’t what defines UCSB, it’s what enriches the environment.”

In addition, UCSB has consistently been featured on the Princeton Review’s Top 20 Party Schools list. While the two lists have no connection and apparently operate based on different criteria — Princeton Review ranked Penn State as top party school of 2010 — both publications agree on UCSB’s party factor.

Young said in the end, it comes down to the UCSB community to uphold the campus’s academic status.

“It’s about individual responsibility and personal choice,” Young said. “If we all operate in the way we want it to be, it will be that way.”

Similarly, Carlson added that maintaining a balance between work and play is necessary for the university’s integrity.

“I think it comes back to being a good member of the community and proving to people that we as students at UCSB can go out and party but still get our stuff done,” Carlson said.


UCSB was the only California college or university on this list, but the Playboy top 10 did also mention Chico saying that “Chico State may get a touch higher, but UCSB grads go on to do great things after their six years in college.” Most do not know that UCSB has 5 Nobel Prize winners on the faculty, which might be why Playboy called the college the “Harvard of Santa Barbara.”

UCSB and the town of Isla Vista is also well known for their massive Halloween party every year that fills up the entire town. It is no wonder that so many people apply each year for UCSB, and other California colleges in the region near the beach. There are not many schools like UCSB in California which have such strong academics, and a great atmosphere for partying

Best Fish-In-A-Barrel College: Sarah Lawrence, where 73 percent of the student body is female

Best College Drinking Innovation: The Flabongo, a beer bong made out of a lawn flamingo 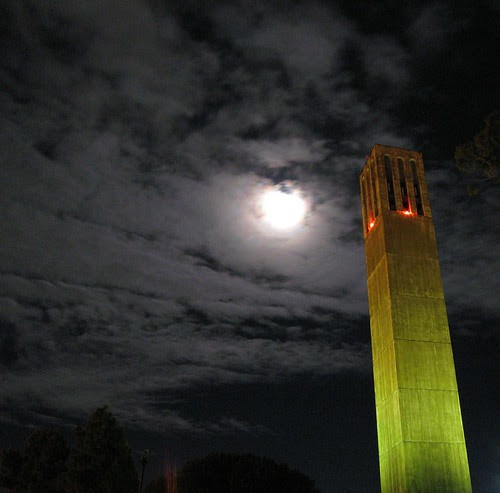 Two programs within the Department of Economics at UC Santa Barbara have been ranked among the top 10 in the nation by Research Papers in Economics (RePEc), a volunteer-driven initiative to create a public-access database that promotes scholarly communication in economics and related disciplines.

The ranking is a joint product of RePEc and the University of Connecticut, where the database is maintained. The results are based on 31 different criteria, including the number of citations and the publications in which they appeared, the total number of works authored by a particular scholar, journal page counts, the number of times document abstracts have been viewed on the RePEc Web site, and the frequency with which they have been downloaded.

"These rankings are a testament to the commitment UCSB has made to these fields over the past two decades, though of course it is the faculty in environmental, experimental, and behavioral economics who deserve the most credit," said Charles Kolstad, chair and professor of economics and professor at UCSB's Bren School of Environmental Science & Management. "The stature of departments is built one field at a time. The Department of Economics hopes to strengthen all of its core fields over the next five years so that each is top five nationally."

Said Melvin Oliver, the SAGE Sara Miller McCune Dean of Social Sciences at UCSB: "We are gratified that our Department of Economics faculty who specialize in environment, experimental, and cognitive and behavioral economics are recognized in national rankings for their outstanding quality. Such recognition speaks to the scholarly research they continue to produce while educating and mentoring nearly 2,500 undergraduate and 85 graduate students. These rankings reflect a faculty that embraces the teaching and research mission of the University of California."

Top 10% Institutions and Economists in the Field of Business Economics, as of March 2010
#84 Department of Economics, University of California-Santa Barbara (UCSB), Santa Barbara
IDEAS rankings

Professor Crouch would be proud of Trent ;)
I still see him in town at all the dive bars!!!
Posted by Trenton Ulysses Rock at 3:38 AM No comments:

The Encyclopedia of Business Cliches

The Encyclopedia of Business Cliches
Posted by Trenton Ulysses Rock at 8:54 PM No comments:


View Santa Barbara Medical Marijuana Dispensaries in a larger map
Posted by Trenton Ulysses Rock at 3:14 AM No comments:

The United Countries of Baseball

Posted by Trenton Ulysses Rock at 12:07 PM No comments:

1337 Generator
Posted by Trenton Ulysses Rock at 11:53 AM No comments: This is a great Greasemonkey tool for posting pics on forums that use BB Code:

This Firefox plugin will generate the BBCode for your Flickr photo. Most forum uses BBCode.

1. You'll need to have Firefox web browser. The download link for that is on the right most column at the bottom.

3. Next visit userscripts.org to look for a "Install this script" button. Click on it.

4. Greasemonkey will install the script necessary to generate the BBCode.

5. Then from your Firefox menu bar, go to Tools->Greasemonkey->Manage User Scripts...

Under your included pages, add http://*flickr.com/photos/*/*/sizes/*/

6. You're done. Next time you visit the Flickr photo page where all your photos are shown in different sizes, you'll get a form box with the BBCode ready for you to copy.

The idea of studying behavior in virtual marketplaces is starting to catch on among academics. The focal point of the effort is the Virtual Economy Research Network, which serves as a kind of clearinghouse for scholars who are interested in studying virtual goods and virtual currencies