Inflation Falls: Is the Economy Saved or Doomed?

Inflation in June fell for the first time in a more than a year. The Consumer Price Index (CPI), which is the government's most widely watched gauge of what the things average Americans buy cost, fell 0.2% last month. The drop was mostly driven by a fall in gas prices, which were down nearly 7% alone in June. The question is whether this is a good sign for the recovery, or another sign that we are headed for a double dip. Are we at the end of the soft patch, or the beginning of a worse patch?


Inflation Falls: Is the Economy Saved or Doomed?


In contrast, the index for all items less food and
energy
increased 0.3 percent for the second consecutive month.


Posted by Trenton Ulysses Rock at 11:04 PM No comments:

The Grind (I'm Tellin' U What) ft. Mike Snody 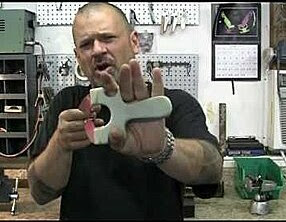 The Grind (I'm Tellin' U What) ft. Mike Snody by TrentRock

Posted by Trenton Ulysses Rock at 5:42 AM No comments: